It all happens where I live. I really have been racing a tractor pulling a slurry tank this afternoon and I’ve been to the Garda station.
Let’s start with the tanker: the house where we live has a septic tank. The Irish Government have decided to comply with European regulations and have all septic tanks inspected. My septic tank is registered, but there have been lots of complaints in the press about the process. Many people view it as a “tax on rural Ireland”. They’re probably right but I believe in “render onto Caesar that which is Caesar’s”, so I registered early and will be helpful to whoever turns up to do the inspection.
With any kind of inspection or examination one always has concern that something bad will be found. In this case that might mean a new septic tank, which would be enormously disruptive and very expensive. If something nasty is going to happen, I would rather find out sooner than later, so I arranged to have my tank emptied and at the same time asked the fellow emptying it whether he thought it would pass.
I found two suppliers who empty septic tanks. Both offered good service (registered, etc) so naturally I chose the one which was slightly cheaper. I will comment, that it may be a dirty business but the people in it seem to be very easy and pleasant to deal with. I arranged for him to call at my house in the early evening, and to ring my mobile when he was on his way.
I had to collect my daughters from their school just before 4 o’clock and on the way home I dropped into the supermarket to buy a packet of cereal that I had overlooked in today’s shop. While I was in the check-out queue my phone rang. I could see from the display that it was the septic-tank man, but I couldn’t hear what he was saying. Hoping that I was saying the right thing, I said that I was on my way home and that he should proceed there.
On the way home, on the way out of the town I drive through a tee junction (in front of the library for anyone who knows). As I  was in the traffic queue I saw an enormous 4 wheel drive tractor, pulling a proportionately large slurry tank crossing the “tee”. I said to my daughters, “I bet that is our slurry tanker”. They agreed, but we couldn’t be sure, and there was nothing practical we could do about it in any case, because we were waiting in traffic.
When we turned into our road (a long, winding country road), the tractor was nowhere in sight, but soon enough we caught up with the queue of traffic which had accumulated behind it. I was now “racing a tractor pulling a slurry tank”.  Fortunately he pulled over to let the traffic clear and to get his bearings before he reached my house, so I was able to overtake him and pull into my drive.
The driver was extremely skilful. Backing the tractor into my driveway and then around the corner of the house was like threading a needle.
The actual emptying was done quickly and efficiently. The driver said that the tank needed emptying and I would see that there was large proportion of solids in the stuff that he was pumping out. Yuck!
As he was leaving I noticed something lying in my front garden. I thought it might be his, so I walked over to it, picked it up and waved at him. The thing I had picked it up was a brown ladies’ handbag which had been discarded in my front garden. I realised that it might from a robbery of some sort. There was nothing to be done about my having picked it up, so I dropped it in a plastic carrier and took it to the Garda Station. The Garda looked at it, inspected the contents: a recipe, a cigarette lighter, a receipt and two Mass cards (For anyone who doesn’t know, a Mass card is printed to commemorate someone’s funeral).  I hadn’t noticed the Mass Cards, but the Garda seemed to think that they suggested that the bag belonged to someone local. The receipt was from a local supermarket (actually the one where I had bought the cereal just a short time before, and had the “Rewards Card” number on it, so it should be easy for the Supermarket to identify the bag’s owner for the Gardai. I left my name, address and phone number and went on my way.
(Signed off 19:13 800 Words, a little over 1 page)

Recently, an acquaintance sent me a note in which he referred to “The Seven Habits of Highly Effective People” by Stephen R. Covey. One habit he thought was particularly useful was: “Doing ‘Important, Non-Urgent’ things ahead of ‘Non-important, Urgent’ things”. This prompted me to think more about this suggestion. I think it is a good one, and it appears in different guises in different places.

We are all guilty of doing the “urgent” but ignoring the “important”.

Different people live their lives in different ways. Some people, procrastinate to such a degree that they never do anything, important or un-important, until it has become extremely (maybe even, frighteningly, urgent). Then, galvanised by fear, they race  to complete whatever it is. Once they have done the task they heave a sigh of relief and subside into inactivity again, until the next crisis. These poor souls exist in states of worry (about what they should be doing), fear (about what they haven’t done), and exhaustion (having forced themselves to do it). Very rarely do they enjoy peace, or the satisfaction of a job well done. I do not recommend this as a way of living.

The difference between “Important” and “Urgent” is crucial. Importance may come from within, or without. Most urgency comes from the outside. It is important to establish ones own priorities. We may not always get our way and we may sometimes choose to do things which we do not consider important, but if we have priorities, we can always return to them.

A final thought is to look for activities which create more options for the future. Which make us stronger, which allow us to deal with everyday tasks more effectively and allow us more energy and time to deal with the important things.

At long last the rain has stopped. It’s Sunday afternoon, I’ve had lunch, though not done the washing-up, and mowed the lawn. We’re ready for the summer now.

One minor irritation occurred while I was mowing the lawn. The oil filler cap on the lawnmower engine came loose and spilled oil on the outside of the engine. It was a bit messy, but no harm has been done. I checked the oil level and it is still above the minimum. I was planning to change the oil anyway, so now I have a further reason to do it.

Even thought it hasn’t rained all day, the atmosphere still feels humid. I hope that doesn’t mean that it is going to rain again, because I would like to walk down to the pub this evening. Talking of the pub, I’ve just been down to town in the car to fill up with diesel and get a new can of petrol for the lawnmower. I should have bought a bottle of oil at the same time but I forgot. There’s no urgent need to change the oil, but it would be good to get it out of the way.

On the way down to town I say Benjy my neighbour walking, so I stopped to give him a lift. That’s another reason for hoping it doesn’t rain, he didn’t have a coat.

Both of which focus on getting the best out of people, rather than “fixing problems”. 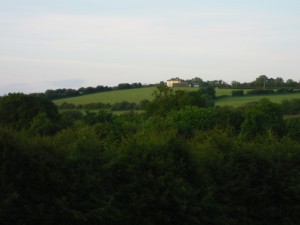 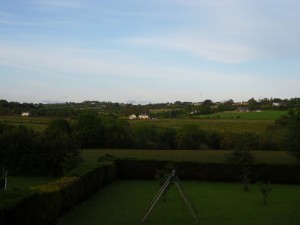 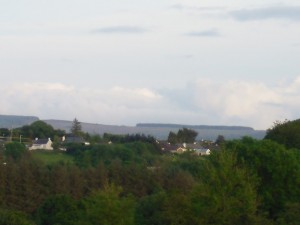 At long last the rain has stopped. The air is beautifully clear (which is unusual in Ireland). I’ve taken a few pictures which I will try to add tomorrow. I’ve just got back from the pub, so I’m going to curtail it here.