Skip to content
(Tuesday 27th September 2011, written same day)
Today’s lesson was more of the “Imperfective”, “Perfective” stuff. It’s strange but I like it. My teacher told me that it is a feature peculiar to Slavic languages. She mentioned: Russian, Ukranian and Polish.
One of the exercises was reading a passage about a man who has a very boring routine and who watches James Bond films in the evening. I think my Russian is still halting and clumsy, but the teacher and I actually had a conversation about the films. There is something pleasantly strange about having a conversation with a Russian about James Bond movies! She says they are popular in Russia as well. She knows about Sean Connery and Roger Moore (and my mind went blank about the others).
I guess the fantasy of the films is one that lots of us enjoy. I managed to make her laugh twice. The first time by saying that “The girls want to meet Bond, and the boys want to be Bond” (which I happen to think is pretty true). The second time I made her laugh was by telling her that, in the books, James Bond isn’t English! It’s true. He has a Scottish father and a Swiss mother!
After lunch, we went on a trip to the zoo. My teacher came along with us. The journey there was by trolley-bus. Novosibirsk has a metro, trams, trolley-buses and various kinds of buses. The trolley-bus is a quick and effective way of getting around. The zoo itself was good. I’m not a great fan of zoos, but the animals in this one seemed to have sufficient space. Some of the cages were interesting geometric shapes.
One of the stranger things we saw was a stag who still had “velvet” on his antlers. There were rags of flesh and a little bit of blood. I’d never actually seen that before. My teacher was a little bit perturbed, but I was able to reassure her (in English) that this happened every year, and what was going on.
We also saw a red squirrel. I’m not sure if this is the same species we have in Britain. This one was a native to Siberia.
He was such an acrobat, and so quick that there was no possibility of me taking his picture.
Photos: 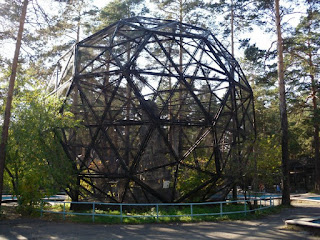 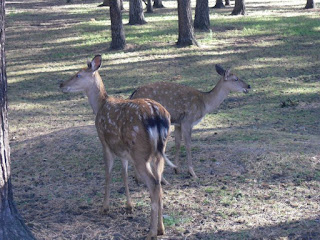 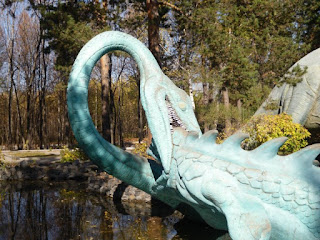 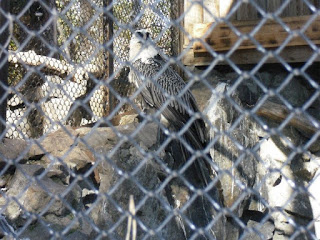 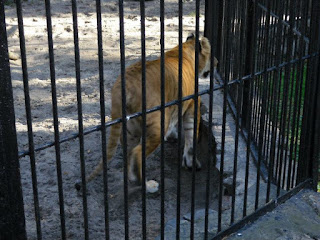 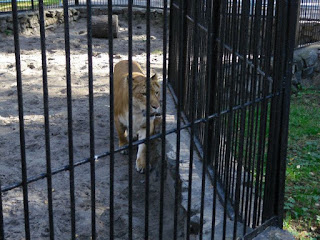 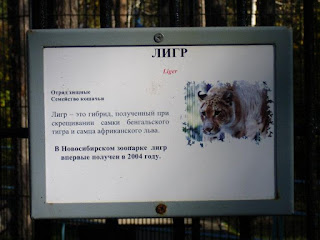 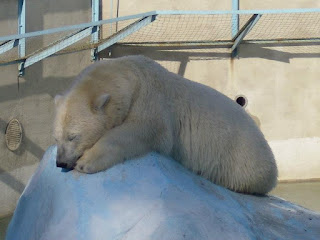 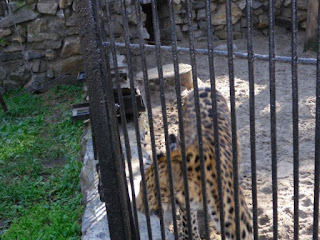 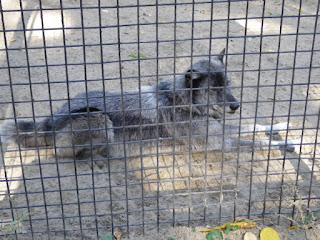 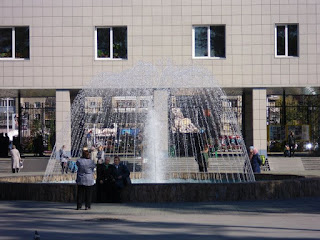