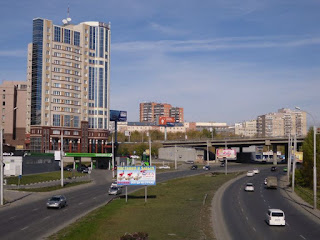 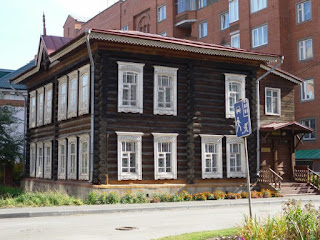 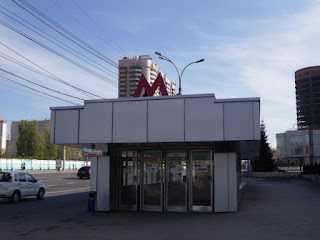 Catching the train was no problem. A metro ride costs 15 roubles (0.38 Euro) any distance. I had a couple of minutes problem with the ticket machine, but soon worked it out. The metro stations here aren’t palatial like the ones in Moscow, but they are clean. If London Underground decoration favours glazed ceramic tiles, then Novosibirsk Metro decoration seems to favour marble and terrazzo.
I went to the southern end of the Lenin Line, which ends at Karl Marx square. The area south (east) of the River Ob is more industrial and considered a little rougher. Karl Marx Square looked OK to me, but I didn’t venture into the industrial areas. The square itself has formal gardens 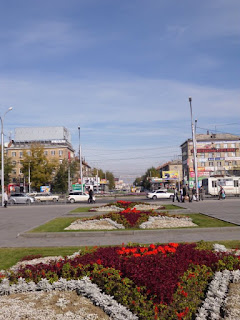 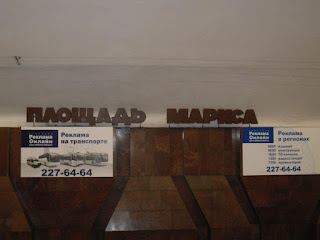 and an imposing statue of: 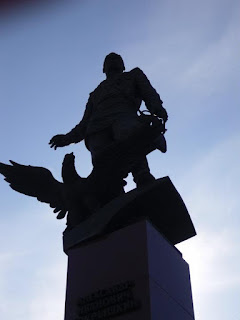 He’s worth reading about.
From Karl Marx Square I took the Metro to the North end of the line at “Zaeltsovskaya”. 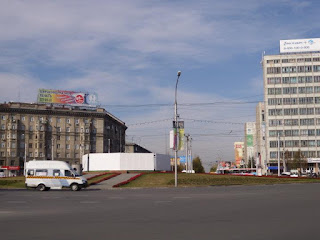 Wandered home, buying some provisions (like beer!) along the way.
(Blog Post updated to include pictures directly, rather than as links. 17th November 2015)
(Saturday 1st October 2011, written same day)
It has been a funny day so far. It’s Saturday, so my landlady got up late. (Good for her). I’d already helped myself to watermelon and tea, but she asked me if I wanted breakfast. I said yes. Breakfast became:
My landlady and her boyfriend invited me on trip to “The Forest” this afternoon/evening. Naturally, I said yes. I hope I understood correctly. I’m waiting for the trip to start now (17:30). I had planned to go on a walking tour of “Historic Novosibirsk” in the afternoon, but after a text from me, and a phonecall from the landlady, I hope that has been cancelled successfully.
After breakfast, I went into the city. I had a number of objectives and met with mixed success:
Pretty good score.
Regarding “Teachers’ Day”: The first Sunday in October (today) is “Teachers’ Day” in Russia. This is a carry-over from the Soviet Union. Tomorrow the kids bring their teachers (the ones they like, anyway) cards and flowers. I’ve bought one of the cards. With a little help from Google I translated the verse. It could be described as “Gushing and syrupy”. Typical greetings card! 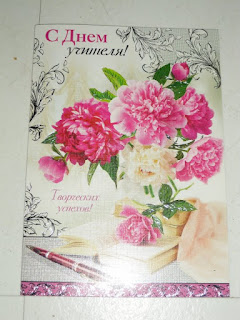 While in the centre of the City, it was a little quieter than it is during the week, so I took some pictures: 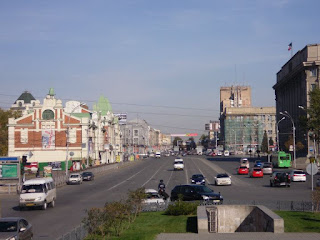 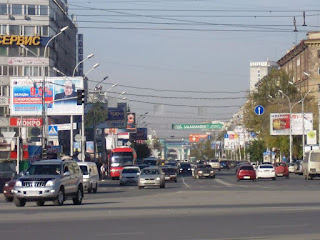 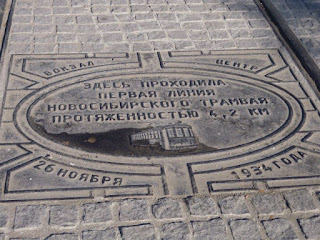 I wandered home and settled down to the homework. This is a grammar test. I’ve struggled through a little over half of it. I’ve been using the books I have, and my notes and I still find it quite hard. It’s all part of the learning experience.
At various times, the Landlady and her boyfriend, and her son have been in and out of the flat. It feels like something is going to happen, but nothing has actually happened yet.
Beautiful early evening here. I’m waiting for something to happen. I was offered a bowl of small, sweet, black, seedless grapes. I’ve eaten them, very nice. Meanwhile, a little later, I was eating a pear and the Alsation started looking at me and drooling. Hoping it was the pear she wanted, I gave her the core. Gone! Just like that. An Alsation that likes pear cores (and apples, come to think of it). Well I never!
Something happened about the trip. I guess plans change. I got on with my homework, which I found quite hard, and I’ve got most of it done.
Early to bed.