Skip to content
(27th September 2011 – Not about any particular day)
The front door to our flat is impressive. Comparing notes (and keys) with the other students, the locks at least seem to be pretty typical. I don’t know if Russians are particularly security conscious, or if there is a real, or perceived problem with burglary, but it seems most Russian flats have good locks on the front door.
You need three keys to enter my flat. To get into the building where I live you use a “button” key, which you touch to a socket on the intercom. I don’t know how it works. I would be surprised it it was particularly secure, but it is only intended to protect the stairwell. This building front door looks like it was replaced fairly recently. There is an inner door which isn’t locked. Once upon a time, I don’t suppose the outer door was locked either. 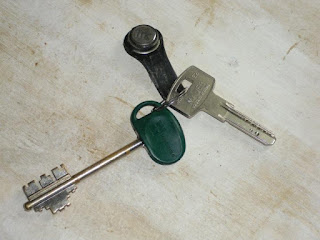 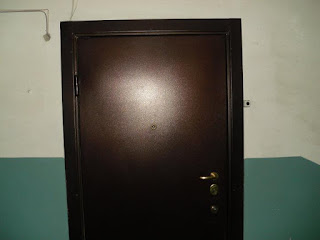 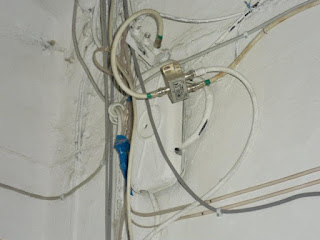